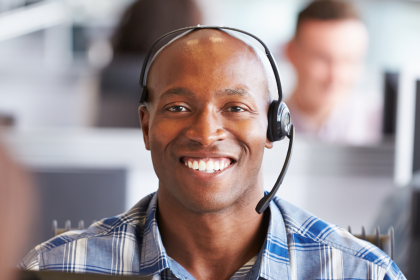 Conducting a profitable telemarketing campaign means more than picking up the phone and simply asking for support. In order to achieve the best results, your Agents are going to have to convince donors to give- and they’re going to have to be able to ask three times to do it. But the “ask” is only part of the equation. Success boils down to the steps Agents take prior to the ask- by gently persuading the donor to give.

The goal of any successful telemarketing campaign should be to maximize profitability while maintaining excellent public relations. Asking three times takes skill. It takes finesse. It takes perseverance. Agents are going to hear “No.” They’ll hear it a lot.

First and foremost, asking three times works. It convinces people by overcoming their initial hesitation or objection by giving them a compelling reason to change their mind. Over half of the fundraising donations we secure on the phone come after the first ask. If your Agents aren’t prepared to convince, you’ll be leaving a lot of money on the table. We also ask three times because it educates donors and helps promote goodwill. Even if the donor is unable to give at the end of the call, we want to leave them with a better understanding of your organization and a good feeling so that when they are able to contribute in the future, they are more likely to do so.

How is it possible to ask three times in every fundraising call?

If you find yourself thinking, “It’s not reasonable to expect Agents to ask three times in every call,” you’d be right. Some donors give right away. (We like the easy ones!) Some donors hang up as soon as they realize it’s a telemarketing call. That’s okay! There’s not much you can do to prevent those. However, most donors say “No” at first, which just gives Agents an opportunity to thank, educate, and ultimately- convince. But there are also circumstances where it wouldn’t be appropriate to ask again. For example, in the case of a donor who has recently lost their spouse or endured some other catastrophic event. We teach our Agents to practice asking three times in as many calls as possible, all while exercising the judgement necessary to preserve the goodwill of the organization.

How should Agents ask three times in fundraising calls?

The first key to gently persuading a donor in a fundraising call is to build good rapport right from the beginning. Agents should be honest and upfront in identifying themselves and the organization. Agents should then immediately thank the donor for their past support, interest, or involvement with the organization. Thanking the donor makes them feel good and sets the tone for the rest of the call. The thank you should be followed by a question or two that elicits a positive response from the donor. The question should help remind the donor why they supported the organization in the first place and what value they have for the organization and its goals. Examples include, “When you tune into Public Television, what program is your favorite? Do you enjoy more of the nature, music, or news?” and “When you last visited the zoo, which exhibition or animal was your favorite?”

At Falcon Fundraising, we rely on LERA- one of the most powerful techniques in non-profit telemarketing. LERA is an acronym that stands for Listen, Empathize, Reason, and Ask Again. It’s a formula that helps Agents carefully navigate the call and change the donor’s mind. LERA should be incorporated into each response of the calling script, providing Agents with the tools they need to convince donors, not just talk at them. Let’s break LERA down a bit further.

“L” stands for “listen.” One of the worst thoughts a donor can have during a call is, “This person isn’t listening to what I’ve said.” That never ends well. If the Agent has any hope of convincing them, the donor must feel appreciated, respected, and heard. A verbal “nod” to the donor’s comments helps achieve that goal. A simple, “Mmm hmm”, or “Of course…” goes a long way to letting the donor know the Agent is listening and helps bridge the conversation to the rest of the ask. Once the Agent gets to the “Reason” part of LERA, they should make sure the reason they give the donor to reconsider is pertinent to that donor and their unique situation. This further demonstrates that the Agent is listening.

The “E” in LERA stands for “empathize” and it’s a natural progression from listening to the donor. Empathy is the capacity to understand the feelings of another person. Donors want to know that they have been heard and want to have a respectful conversation about their philanthropy. They don’t want to be bullied or talked over. When trying to convince a donor, they are more likely to keep listening and reconsider if they know the Agent is listening and understands their concerns. A simple, “I understand what you’re saying,” or “I do hear you. Many people are in the same position” helps convey proper empathy. Just be careful not to confuse “empathy” with “sympathy” or repeat the donor’s objection. A sympathetic response such as “I’m sorry to hear things are tight financially right now” only reinforces the objection in the donor’s mind and makes it more difficult to continue asking.

The “R” in LERA stands for “Reason.” Donors need to be motivated to change their mind. Simply lowering the ask amount without providing a reason only leads to donor anger and frustration. To convince the donor, the Agent must provide a compelling reason that not only addresses their concerns, but also reminds the donor of the value they hold for the organization. When offering a reason to reconsider, the Agent should cite specific examples of how the donor’s support makes a difference. For example, “Over 60% of the funding we receive to continue to bring you the great commercial-free programs you enjoy like “Nature” and “NOVA” come directly from donors like you. That’s why we need your support.”

Finally, the “A” in LERA stands for “Ask Again.” There’s not much point in trying to convince a donor if the Agent doesn’t follow-up with a specific ask. Trailing off after giving a reason just invites the donor to say “No.” Instead, the ask should be confident, specific, and use at least two choices- one of which isn’t “No.” For example, “So can we count on you for a contribution of $60 this year, or would $40 work better for your budget?” It’s important to actually ask. Remember the adage, “You’ll miss 100% of the shots you don’t take.”

LERA should be utilized in any attempt to change a donor’s mind. Skipping any of the LERA components quickly turns the call into a negative experience- the exact opposite of the goal.

Gently persuading donors in fundraising calls is indeed an art form. It takes practice, but it works. To learn more about Falcon Fundraising and how our telemarketing services can help your organization, contact us today. 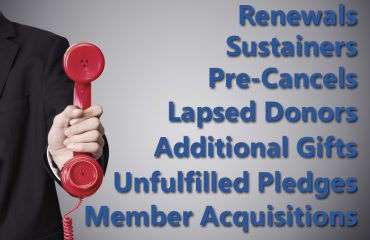 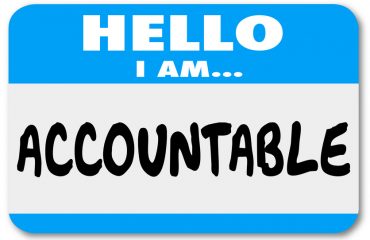